The workbench is a staple for automotive mechanics.

Supreme has officially teased the release of its collaboration with quality tool distributor Mac Tools in the form of a automotive tool cabinet.

The accessory, based on the Mac Tools Workstation model T5025, is seen in the @zevmagasis-shot video as a halo product within a sea of clunkers in an automotive junkyard. According to Mac Tools, the T5025 is a double-bay workstation that features extra large top 3” x 5” sliding drawers along with organizing thinner drawers for various tool storage. 6” caster wheels allow for mobility and garage arrangement flexibility, an integrated power strip provides convenience with power tools, and a Uni-key lock system allows for one-turn security for all your belongings. The collaboration overlays a giant Supreme logo across its front facing panels, along with top-line branding and a repaint in Supreme’s classic shade of red.

Supreme’s partnership with Mac Tools was first revealed during the Spring/Summer 2020 preview, alongside other accessories like the S&M BMX bike, Leatherman multi-tool and Numark PT01 Portable Turntable, all of which have released earlier throughout the season. The brand has previously released a steady flow of hardware in its recent past: toolboxes, hammers, crowbars, bolt cutters, fire extinguishers and much more.

No release information has been revealed for the Supreme Mac Tools Workstation, but interested parties should check Supreme’s official webshop this Thursday. Pricing has also yet to be revealed, but Mac Tools’s standard Workstations can carry retail prices of approximately $5,000 USD+. 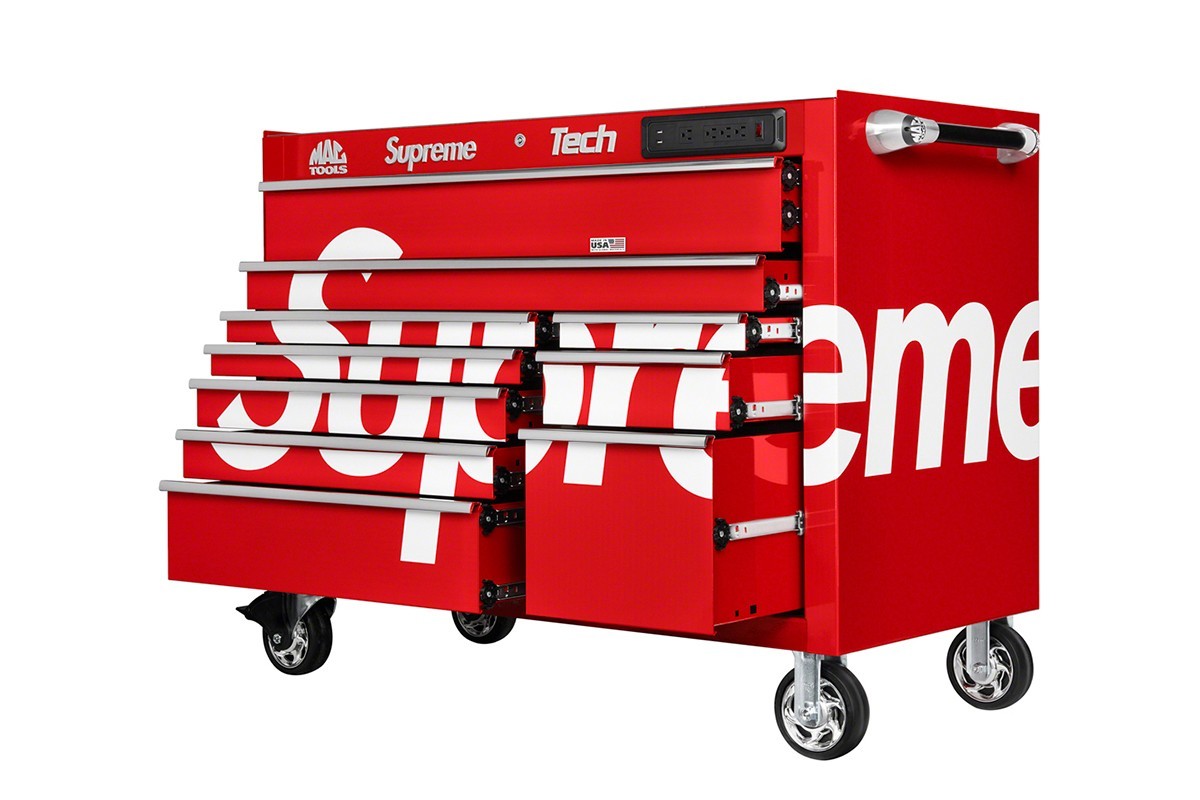