His first NBA Championship ring gifted to his mother.

One of Kobe Bryant‘s NBA Championship rings just sold at Goldin Auction for a whopping $206,000 USD. The piece began with a minimum bid of $15,000 USD and rose up to the final price after 20 bids.

The memorabilia, owned by a private collector, is one of two identical 14K gold and diamond rings the late basketball star originally purchased and gifted to his parents, Pamela and Joe “Jellybean” Bryant, in commemoration of his first NBA Championship with the Los Angeles Lakers in the 1999-2000 season. While the ring is not an executive version of the Championship ring, it’s the exact version given to Kobe and his teammates, issued in a smaller size to fit Pam. It contains 40 diamonds and features the Lakers logo in purple, while the words “World Champions,” “Bryant” and “Bling Bling” are carved around the piece.

The auctioned ring has had a bit of a controversial history. Back in 2013, Kobe filed a lawsuit in order to stop their sale of the rings and several other memorabilia. He eventually allowed his parents to sell a total of six items, including the two rings and two of his high school basketball uniforms. The items were sold to an anonymous private collector who is supposedly a big Lakers fan. 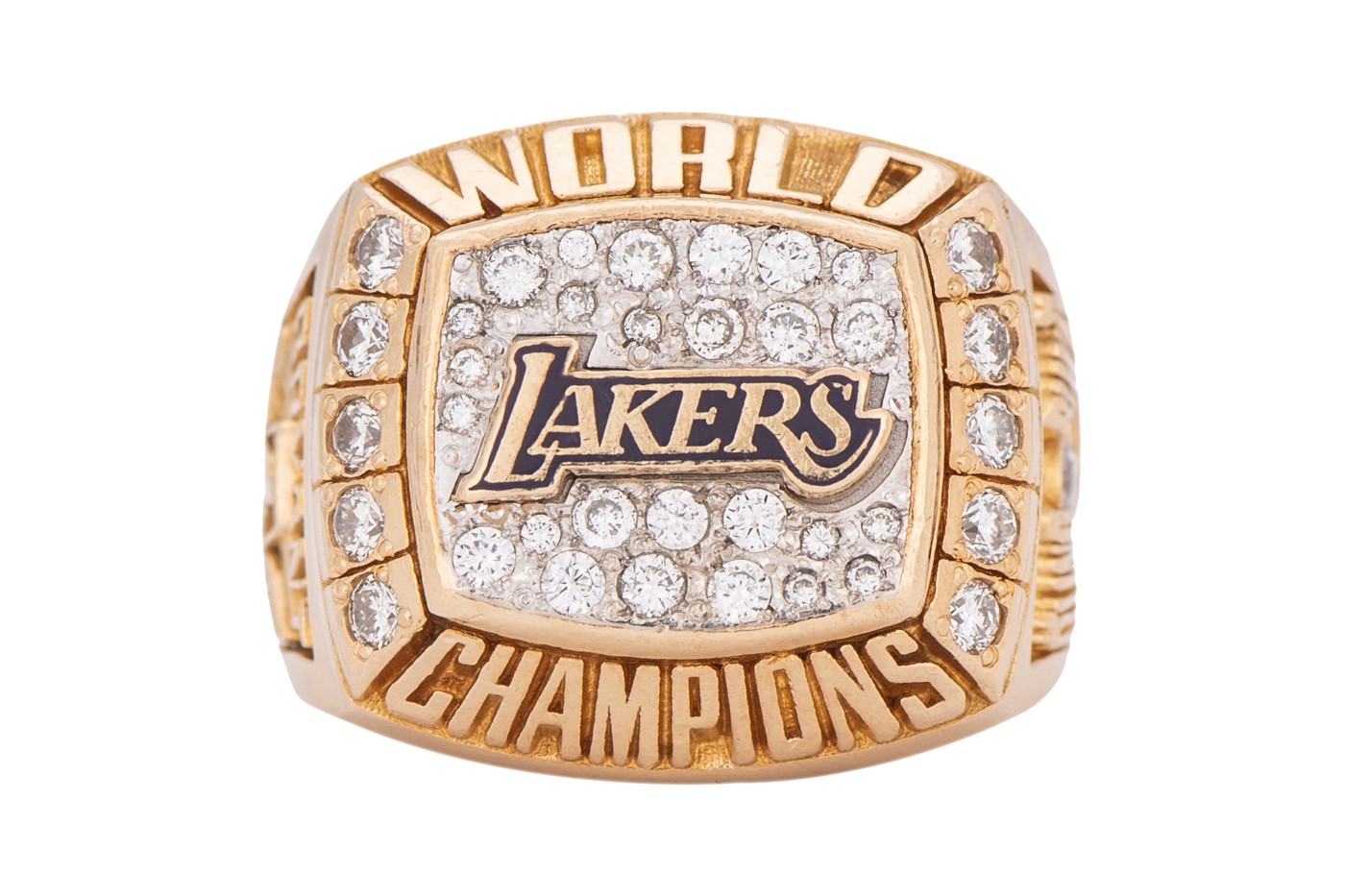